Who Could Win a Rabbit

by Animal Collective on FatCat Records 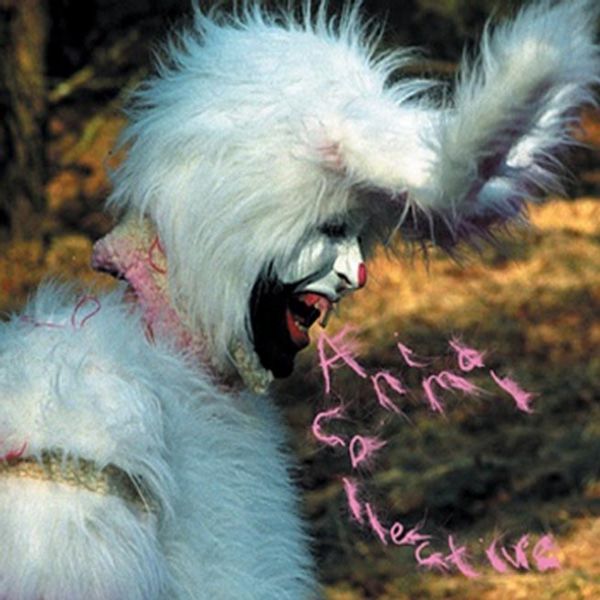 One of many stand-out tracks from ‘Sung Tongs’, ‘Who Could Win A Rabbit’ is a two and a half minute shot of twisted pop genius that drives along on chiming guitars, Brazilian rhythms, tribal chanting, tape loops, and sweet vocal harmonies. On the reverse, ‘Baby Day’ is a live favourite from the band’s recent tours, and in this version the song is stretched out across a punching drum pulse that recalls the minimalist post-techno of the Kompakt label. Around this, sparse guitar is interwoven with Avey and Panda’s harmonies announcing (in repetitive yet strangely cold, factual tones) a coming birth.

The single is also backed up with the band’s first ever *video*. Directed by their friend, Danny Perez, and featuring the band dressed in animal costumes, it is based around a quirky, colourful and somewhat skewed / morbid take on the tale of the tortoise and the hare. Check out a high quality version here and a lower quality version is available here

In this incarnation, Animal Collective is again the duo of Avey tare and Panda Bear. Currently garnering widespread critical acclaim, ‘Sung Tongs’ is their most perfect, accessible work to date, a luscious flowering and flowing together of deeply catchy, hook-filled songs and intricately textured arrangements. Built around the core elements of the duo’s gorgeous vocal harmonies and twin acoustic guitar strumming, the album has been lovingly worked through the studio to provide a rich and fully expansive mix of stunning sonic depth, detail and placement, and emerging as a dazzling, bold and adventurous pop album. Diverse in its scope and yet fully coherent, the album moves from chiming acoustic guitar songs to gentler, more dispersed picked ballads, to sprawling, guitar-swell psychedelics, bubbling, acid-warped vocal fx, and tribal, almost shamanic trance-outs based around around looping vocals and hypnotic kick-pulses.