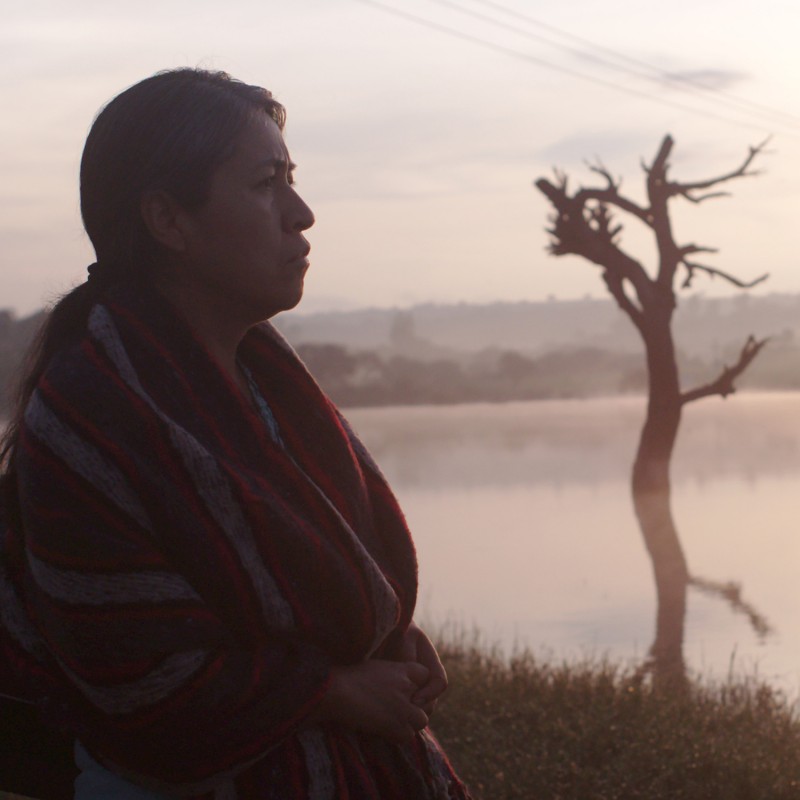 Following up January 2021’s digital release of her debut film score ‘Ainu Mosir’, New York-based cellist/composer Clarice Jensen returns with another remarkable score that should help cement her rising status as a soundtrack composer of the highest order. Composed for the Mexican independent feature film ‘Identifying Features’, the EP comprises four tracks with a total running time of nineteen minutes. Recorded at Jensen’s home in Brooklyn using cello and electronics, it’s a bold and powerful work that is as good as any drone-based material you will hear this year, and hints back at times to her critically-acclaimed 2020 album ‘the Experience of repetition as death’. Mixed by Rafael Anton Irisarri and mastered by Matthew Agoglia, ‘Identifying Features’ is released as a digital EP via FatCat’s 130701 imprint (Max Richter, Jóhann Jóhannsson, Dustin O’Halloran, Hauschka, etc).

A versatile collaborator, Jensen has recorded and performed with a host of stellar artists including Jóhann Jóhannsson, Max Richter, Björk, Stars of the Lid, Dustin O’Halloran, Nico Muhly, Taylor Swift, Michael Stipe, the National and many others. In her role as the artistic director of ACME (the American Contemporary Music Ensemble), she has helped bring to life some of the most revered works of modern classical music, including pieces by Philip Glass, Steve Reich, Terry Riley, Gavin Bryars and more.

Written and directed by Fernanda Valadez, ‘Identifying Features’ is a harrowing film that tackles the subject of immigration across the Mexican/U.S. border and the many hundreds of immigrants who go missing or die on their journeys. Most of the film’s main characters are mothers desperately trying to track down their lost children. Magdalena (Mercedes Hernandez) is one such mother, having lost contact with her teenage son Jesús (Juan Jesús Varela), who months earlier had set out on foot with a friend from their rural town in Guanajuato. Determined to unravel his fate, Magdalena finds herself entangled in a crime syndicate and a labyrinth of disorienting lies on an increasingly surreal journey to uncover the truth. The film unravels as a slow-burning descent into desperation, which is brilliantly conveyed via Jensen’s score. A 4-star Guardian review picked up on the film’s “undertow of spiritual horror”, interpreting it as “a cry of rage or a cry for help, on behalf of people in Mexico who have been abandoned to lawlessness, corruption and the vast market forces created by its northern neighbour.” An impressive directorial debut, Valadez’s film won the Audience and Jury Awards at the Sundance Film Festival.

Perfectly fitting its subject, Jensen’s four drone-heavy tracks are laced with a visceral, heavily psychedelic sense of darkness. Moving with the slow relentlessness of the sun’s tracking across the sky, and shorn entirely of either melodic sentimentality or overt drama, her radiating blocks of sound summon up the vast sense of space of the eerie, indifferent and dangerous desert(ed) landscape across which the film’s protaganists are forced to struggle. ‘Back To Mexico’ is a pulsing, pumping multi-layered drone-work that simmers with a sense of foreboding. Briefest of the four pieces, ‘Back To Miguel’ is a glistening, glacial arc. ‘The Devil’ shimmers and hangs, sending out a series of waves of processed cello that ripple like heat-haze; whilst ‘The End’ opens low before a series of slow-moving drone blocks of different weights and intensities slide in and out of focus. It’s all hugely impressive material – immaculately forged with a wonderful sonic richness and depth.

Following on from ‘Ainu Mosir’, ‘Identifying Features’ is a quite brilliant addition to Jensen’s catalogue – a captivating, powerful and coherent work in its own right that offers further evidence of her undoubted skill and suitability as a composer for moving image.